When animals are injured, stressed, and in need of help, people encountering them may not know what to do. Through its wildlife rehabilitation and educational programming, Wildlife Haven Rehabilitation Centre is there to advise, evaluate and care for injured, orphaned and sick wildlife across Manitoba.

“People want to help,” says Judy Robertson, President of Wildlife Haven. “It’s so important to help them help the animal and make sure it gets the best care.”

In a given year, Wildlife Haven provides care for around 1,700 animals; depending on the season, it can have as many as 200 to 300 animals in its care at a time. Around 70 per cent of the wildlife it rescues are birds, with the other 30 per cent comprised of mammals, reptiles and amphibians.

Wildlife Haven also provides educational programming for all ages around wildlife ecology and conservation, reaching more than 10,000 people annually at schools, day cares, seniors’ centres and other venues. Some of these stories are shared through its ‘wildlife ambassadors’ – animals that can’t be released back into the wild.

“We like to teach people how to live with wildlife – when to rescue and when not to rescue,” Ms. Robertson says. “The animals were here long before us and we’re taking over all their space, so you have to teach people what the obstacles are that animals don’t understand.”

Wildlife Haven has never had a permanent home. It previously operated on University of Manitoba land off of Highway 75 before moving to a decommissioned dairy barn in Île-des-Chênes, 25 kilometres southeast of Winnipeg.

The outreach programming led it to secure its new location; Trans-Canada Corporation reached out after seeing a Wildlife Haven booth at an event. They provided Wildlife Haven with two 25-year leases on more than 18 acres of land, previously serving as residences for staff. Wildlife Haven launched a capital campaign to raise funds for completion of the new Wildlife Hospital and Education Centre, which is now in its final stages.

“Our volunteers have always had a dream that someday we’ll have a place to call our own and be able to do the best we can for wildlife,” says Ms. Robertson. “This was the start of the dream coming true.”

The new campus includes a 9,600 square foot hospital as well as areas for educational programming and administrative staff. A separate building with two pools will house overwintering waterfowl. The site will also feature enclosures for different species, an outside pond, and two large flyways to help larger birds rebuild their muscles after being in care.

“I know we’ll have a lot more space for the animals we care for,” says Wildlife Haven’s Animal Care Coordinator Tiffany Lui. “By giving them a better opportunity, hopefully they’ll recover quickly so we can release them sooner.”

“We will have separate enclosures for various species – foxes, coyotes, raccoons, squirrels, songbirds,” Ms. Robertson says. “We’ll also be able to do some phenomenal educational and nature programs.”

Many of the features on campus were designed with sustainability in mind – for instance, the main buildings are heated through geothermal energy, and the site includes tall grass prairie, a fruit orchard and a naturalized wetland.

“We might be able to have volunteers who can help with gardening, so we can be more sustainable ourselves – grow our own vegetables for our animals,” Ms. Lui says. “We might even be able to do education on these portions and teach kids about sustainability.”

Wildlife Haven consulted with several organizations, including the Florida-based Clinic for the Rehabilitation of Wildlife and Winnipeg’s Assiniboine Park Zoo, in its plans for the new campus, and is ensuring its facilities meets standards set by the International Wildlife Rehabilitation Society.

“We put a lot of thought and energy into this,” Ms. Robertson says. “We want to do it right. It’s very exciting because we’re so close [to moving in].”

The Winnipeg Foundation made a grant in support of the interior finishings for the new Wildlife Hospital and Education Centre. Ms. Robertson notes that the grant helps Wildlife Haven further along in its goal to complete the building.

“[The grant] will give us that opportunity to have people visit sooner and get everybody educated on the beauty of wildlife,” Ms. Robertson says.

Wildlife Haven also holds an Agency Fund at The Winnipeg Foundation, which provides a stable, annual revenue stream for the organization. Ms. Robertson credits a Wildlife Haven Board Member who initiated the idea to establish the fund. Learn about Agency Funds on page 41.

“It is a tremendous help for the organization and has been since it was started,” Ms. Robertson says of the Agency Fund. “It helps to pay for extra staff to help the staff we have. It allows us to continue with our services.” 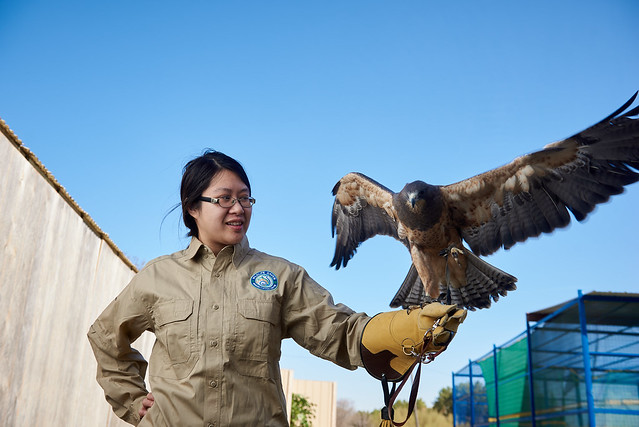 This story is featured in the Summer 2018 issue of our Working Together magazine. Download or view the full issue on our Publications page.

Reconciliation Grant recipients reflect on the past three years

In January 2018, The Winnipeg Foundation announced an investment of $1 million in a one-time call for proposals for projects that support truth and re...
Read More

A culture of generosity

From volunteering at local organizations to donating to causes they care about; Winnipeg Foundation staff have unique ways of supporting community The...
Read More

Media partnership funded by The Winnipeg Foundation will focus on environmental issues. A new partnership between The Free Press and The Narwhal has c...
Read More